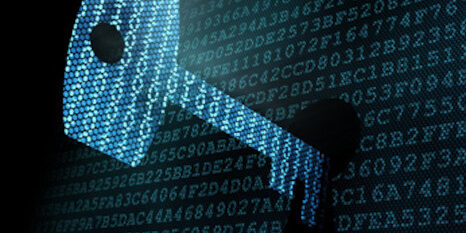 Encrypting data can serve to protect privacy or sensitive data, but it also means that manual decryption can make it more difficult to recover any data that may be required in the future. A decision for or against data encryption should therefore not be made lightly. An individual risk-benefit analysis based on the application area, the user’s computer skills or similar factors is recommended in order to minimize the risk of subsequent data loss.

The Logical Volume Manager is used, because with it only one password entry is necessary at startup, the hibernation (S4) still works and it is very flexible as far as partitioning is concerned.

All of the following commands require root privileges. So you should either always put sudo in front of the command in question or use sudo -s to gain root status!

If the computer already has an operating system (such as Windows, Mac OS or other Linux system) or important data, it is essential to create a backup of the important data. As with any change to the computer, something can always go wrong.

The normal desktop CD is required for installation. Simply boot this . After the live system has been loaded, do not run the installation program but start the trial version. It is mandatory to have a working Internet connection, because programs must be installed.

In older versions, the desktop CD does not natively support . However, at least since 13.10, support is present. For older versions you can correct this by installing the following package:

/dev/sdX1 bzw. /dev/sdX2 must always be replaced by the actual designation of the partition in the following!

One should inform oneself in advance whether the computer is provided with an EFI boot management and how the hard disk(s) were formatted! Further information is available under EFI basics!

It should be noted that an unencrypted EFI partition must always be created in addition to the unencrypted boot partition on EFI systems. An alternative would be to use the BIOS compatibility mode CSM.

Encryption of the partition

For security reasons, it is recommended to overwrite the partition once with random numbers, especially if unencrypted data was previously stored on it. Otherwise, many files may still be readable after encryption.

A LUKS medium is then created in the large partition and then opened with the name lukslvm . When using with 256 bit the commands look like this:

Creation of the LVM partitions

The following commands create the LVM volume in the encrypted partition.

In a standard installation of Ubuntu, two partitions are created, one for the swap space – usually about 1.3 times the RAM, so with 1024 MB of RAM, just under 1300 MB – and one for the root file system with the remaining space. These are created as logical volumes as follows:

If more partitions are needed, they can be set up in the same way. Of course, 100% of the available space must not be allocated for root.

Afterwards the installation program is started and continued with this until selection of the partitioning, where the “manual partitioning” is selected.

In the next installation point, the following partitions are each configured by double-clicking on the corresponding entries. The swap partition does not need to be selected because it is detected automatically.

Make sure that the boot loader is installed on a meaningful device outside the encrypted container, for example, the master boot record of the hard disk (“Device for Bootloader installation:” /dev/sdX). Then proceed with the installation according to the instructions, but do not reboot after the installation is complete.

Any changes made to partitions can no longer be undone!

Switch to the encrypted system

All the following commands must be executed in one and the same terminal.

To make the necessary adjustments, chroot is used to switch to the actual, encrypted system. This is done by entering the following commands. It should be noted that if you have created additional partitions, such as /var, you must also mount them appropriately before issuing the chroot command.

Usually the EFI partition is sdX1, which is followed by the boot partition /mnt/boot with sdX2.

The required packages are installed with this command:

If necessary, the /etc/crypttab file does not yet exist. The compact method described below makes it easy to create it.

Basically, the crypttab is structured as follows:

First, the UUID of the encrypted partition or LVM volume must be determined. This is done with the following command:

Newer versions of cryptsetup can also determine the UUID themselves:

Now the dm-crypt module must be added under /etc/modules if it does not already exist there:

To apply the changes to the crypttab, you still need to add

“data journaling” (or also “full journaling”) is not to be confused with “metadata journaling”, see Journaling file systems and Mount options for ext3 🇬🇧 (option “data”, especially with the value “data=journal”).

If the root partition is to be mounted with “data journaling” enabled, a corresponding kernel parameter must already be specified at kernel startup. The entry in /etc/fstab is then no longer sufficient because this file can only be read when the root file system has already been decrypted and mounted in the system. Under /etc/default/grub, one edits the GRUB file as follows:

After that, you need to update Grub:

The following commands close the chroot environment, unmount the file systems as far as possible, and reboot the system. The installation media (USB stick or DVD) must be removed and the subsequent boot process should then ask for the LUKS password.enlarge

In the event of an attack on the encrypted system, it is already enough to decrypt one slot. It is therefore important to ensure that all passwords used are sufficiently secure. It makes sense to use multiple passwords, especially for a multi-user system. Alternatively, you can set a second password in case you forget the password you actually used. You can also store the same password in another slot to protect yourself from file system errors in one of the slots.

The following command adds a key to the specified drive:

Here you can lock yourself out of the system if you are not careful. When changing a password, first create the desired password, test it if necessary, and only then delete the old password.

The following command removes the key entered below:

Output overview of the LUKS header

The following command outputs an overview of the information contained in the LUKS header of the encrypted partition. This makes it possible to see, for example, how many of the 8 key slots are already occupied and which are still free. Also information is given about which encryption method is used for this partition, as well as some further information, e.g. also about the already above mentioned UUID.

Check whether the TRIM command is passed through

If you want to check whether the TRIM command, which can be useful for SSDs, is passed through for a LUKS partition, this can be checked with the following command.

Note that in this example, cryptsetup is applied to the LVM partition and not to /dev/sdX2. If the option “discards” is then displayed next to the “flags” field, then the trim command is passed through. If not, then TRIM must still be activated accordingly, if you want to use TRIM, see SSD/TRIM.

Using the TRIM command in conjunction with LUKS encryption can be a security risk. More about this can be found in the following article: SSD/TRIM (section “TRIM-with-Disk-Encryption”).

If only individual partitions are encrypted and are to be mounted at startup, the user is offered to cancel the mount before the key can be entered. To prevent this, add the following to /etc/init/mountall.conf behind

This causes the system to wait until the code entry is complete.

https://gist.githubusercontent.com/HoffmannP/699f3beb2f9901cd64e8/raw/322e29a6a4c8d9261b882fb8e4b968388d58fb06/full-disk-encryption-lvm-luks%25202 🇬🇧 is an open source shell script that can also install a fully encrypted Ubuntu system via LUKS/LVM. The semi-automatic script makes one’s work easier, since no complicated command sequences have to be entered. In addition, it only takes a few minutes longer to install a fully encrypted system compared to a standard installation.

If you are interested in the background, you can find a detailed description in the article Fully encrypted system with Ubuntu (from 9.04 Jaunty), LVM and LUKS 🇩🇪.

Alternative decryption of the system partition with a USB key

If you want to decrypt the system with the help of a USB stick (without having an obvious key file on said stick, the stick can therefore also be formatted arbitrarily), the article Decrypting with a USB key will help.

Do it yourself mailserver with hardening. Linux Mailsystem 1/4
July 9, 2021